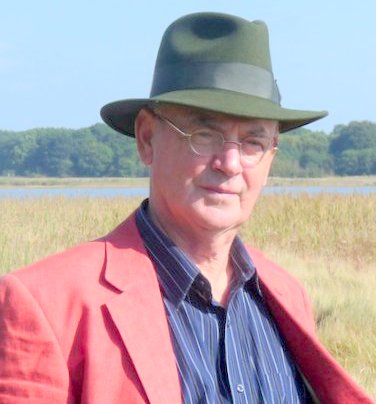 Garry Douglas Kilworth (born 5 July 1941 in York) is a British science fiction, fantasy and historical novelist. Kilworth was raised partly in Aden, South Arabia, the son of an airman. Having an itinerant father he travelled widely, both in Britain and abroad, and attended over 20 different schools before the age of 15. He later went to military school and subsequently was himself in the Royal Air Force for 18 years. In 1962 he married Annette Bailey, the daughter of an R.A.F. Catalina aircraft pilot.

On demobilisation he joined Cable & Wireless, an international telecommunications company, leaving them to become a full-time writer in 1981. His science fiction and fantasy does not fit any set formula, being more interested in the enigmatic and strange, with roots in folk lore. He states that his one great passion is the short story, at which he is most adept. However, as an eclectic writer he has produced novels in several genres including science fiction, fantasy, horror, historical, children's fiction, war and literary novels (his 'Witchwater Country' was longlisted for the Booker Prize). He has also written several books of short stories and two volumes of poetry (the second with the novelist and short story writer, Robert Holdstock, with whom shared a lifelong friendship and collaboration). Garry Kilworth is now in his seventies but continues to produce novels and short stories, and has recently brought out his autobiography under the title 'On My Way To Samarkand', detailing among other things his vast travelling experiences over the globe.

Kilworth is a graduate of King's College London. He has published one hundred thirty short stories and over seventy novels. His most recent books are ''Dragoons'', a historical war novel set in South Africa, and ''Attica'', a dark quest set in an attic the size of a continent which is currently under production with Johnny Depp's film company, Adfinitum Nihil. Recently a new collection of stories came out under the title 'The Fabulous Beast'.

Kilworth has twice been shortlisted for the Carnegie Medal for children's fiction and won the Lancashire Children's Book of the Year Award for his short novel 'The Electric Kid'. Kilworth's novel ''Rogue Officer'' won the 2008 Charles Whiting Award for Historical War Literature. ''The Ragthorn'', a novella co-authored with Robert Holdstock, won the World Fantasy Award in 1992. Provided by Wikipedia
Showing 1 - 1 of 1 for search: 'Kilworth, Garry, 1941-', query time: 0.03s
List  Table
Search Tools: Get RSS Feed — Email this Search —
Loading...